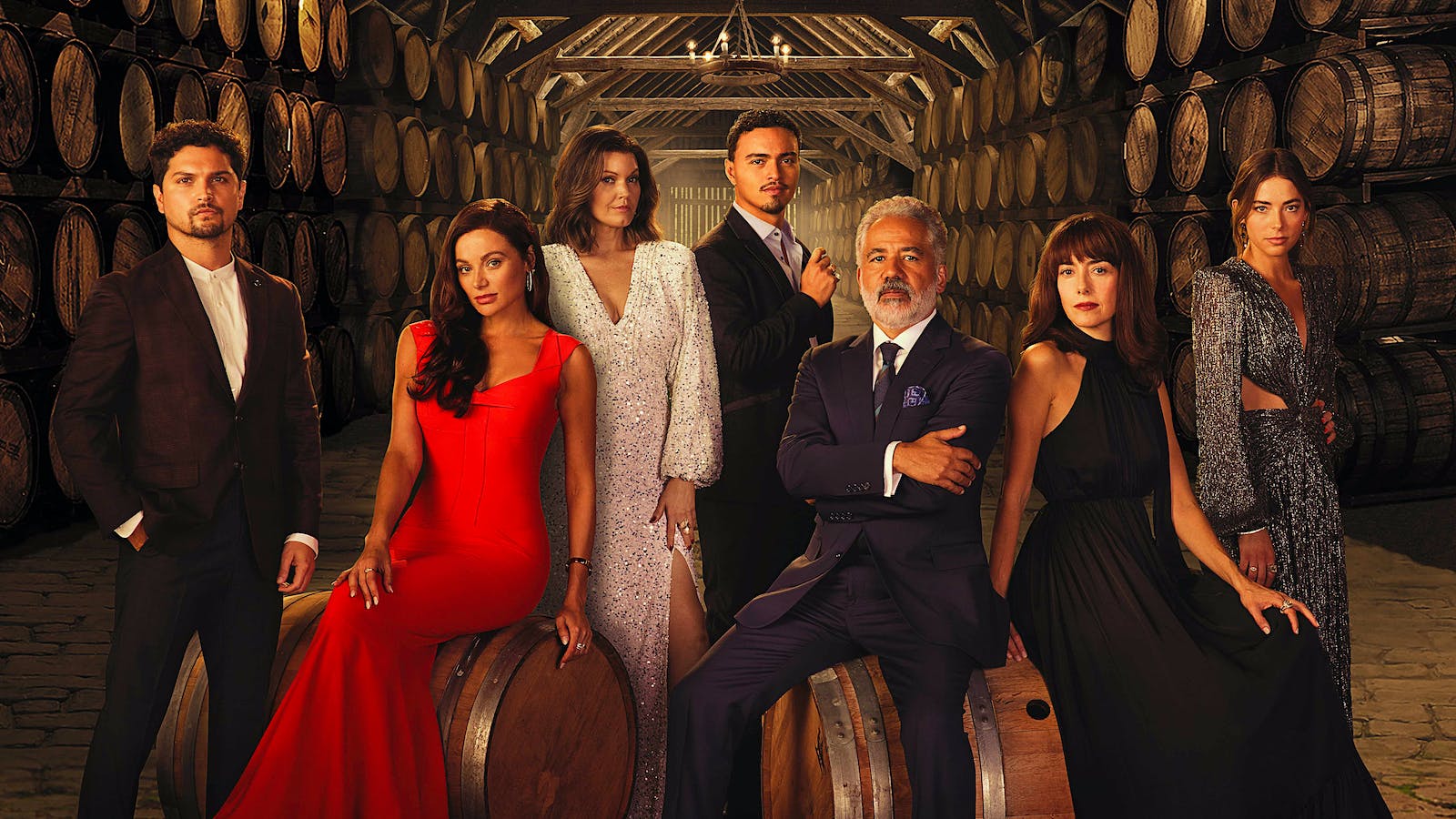 Scriptwriter Matt Lopez was reading John Steinbeckit is East of Eden when ABC executives asked him to create a drama about a Latino family. The third-generation Cuban-American loved the idea of ​​a multi-generational “Steinbeckian” California story about land and agriculture. The result is Promised landwhich follows a fictional immigrant family’s pursuit of their American dream, in this case, a successful wine business.

Promised land is also the latest show to give wine and diversity lead roles, joining NBC’s Great crew and clean Napa Kings. Promised landThe pilot episode of was filmed in and around Atlanta, in the wine regions of northern Georgia; the rest of the episodes were filmed in Southern California, at Agua Dulce Winery in Santa Clarita and Mizel Estate Vineyards in Thousand Oaks.

The first season of Promised land follows Joe Sandoval (played by John Ortiz) and his family as they vie for the throne of Heritage House, a successful Sonoma winery that Sandoval helped turn into one of the largest wine producers in the United States. As his children and stepchildren take on larger roles in the family business, Sandoval’s ex-wife Margaret Honeycroft (Bellamy Young) aims to buy it back from him.

Lopez, who went from a lawyer at Dreamworks to a writer and producer, calls himself an “occasional wine drinker,” but in the show’s last 18 months, he’s become fascinated with the immigrant stories of the world. wine industry. He says Heritage House is inspired by real wineries such as Ceja Family Vineyards and Robledo Family Winery, both built by Mexican-American families.

“These families started out a generation or two ago as fruit growers and grape pickers, but have since graduated to make their own labels, and I thought, ‘This could be really interesting,'” said Lopez. wine spectator. “Promised land examines an immigrant story at two different places along the timeline: when [the Sandovals] are coming, and… at the height of their power and success.”

Lopez, whose grandparents were tobacco farmers in Cuba, realized that other cast members came from similar backgrounds, inspiring him to show more intentionally the immigrant agricultural workforce of the wine industry. “Audiences and network executives love the handsome actors, the houses and the cars and all the twists and turns that come with this rich family history,” he said, “but the heart and soul of the show is really there in the vineyards with the immigrant characters.”

But what about the wine itself? This is where the executive producer Michael Jones Morales Jones-Morales was hired for his writing skills, but his 10 years of experience as a wine broker became an added bonus.

“The characters have different relationships, both with the company and [to the] the art of winemaking, and it’s been fun to watch that,” Jones-Morales said. “We think what put Joe Sandoval on the map was that incredible palate and his dedication to making wine. well created. But as he ramped up production and kept up with demands…we got a character like Mateo (his son-in-law and general manager, played by Augusto Aguilera) who claims that Joe sold himself.”

Outside the writer’s bedroom, Jones-Morales worked with the props team to make sure the wine bottles matched the wine types (like making sure the Chardonnay didn’t go in a dark green burgundy bottle) and teach some actors how to open a bottle. of wine, pour, swirl, smell, taste and spit like a pro.

“The cast was very interested in how this all happened, but also how their character would do it based on their relationship with wine,” Jones-Morales said. “The level of pride that was felt across all departments really made it easier to make the show feel authentic.”

However, Promised land still has a ways to go to accurately describe the ins and outs of the wine industry – for starters, the family is harvesting wine grapes in Sonoma in May. But it also touches on topics that the wine industry is currently grappling with, such as the struggle to market wine to younger audiences.

Enjoy without filter? The best of pop culture’s unfiltered beverage selection can now be delivered straight to your inbox every two weeks! Sign up now to receive the Unfiltered email newsletter, featuring the latest scoop on how wine intersects with film, TV, music, sports, politics and more.