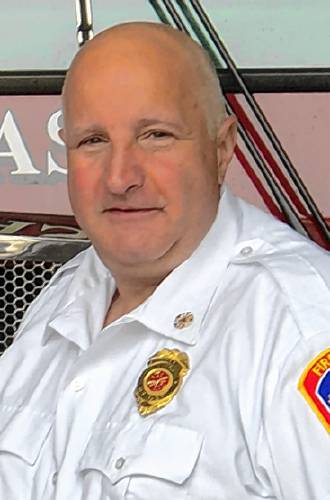 REGION – Three area fire departments have been notified that they are the recipients of funds from this year’s state fire safety equipment grant program. On Wednesday, January 12, the Baker-Polito administration announced $5 million in grants to 306 fire departments across the Commonwealth. This is the second year that funds have been provided for the purchase of safety equipment as part of a $25 million bond filed by the administration to support the safety and health of firefighters in the years to come.

Chef Joseph Guarnera said among the items he planned to purchase was a fit-testing machine.

“Each year, fire departments must undergo a fit test for full face masks – SCBA (self-contained breathing apparatus) masks. There is an annual fit test for this. And you’re supposed to be tested every year for the N95 masks you wear on medical calls.

“Before participating in a shooting class, or a recruit having the opportunity to become a career recruit or to call a volunteer recruit, he must pass an aptitude test before leaving. So we still have to pay to send people for these tests. We also have a company that comes every year and tests people, to follow our annual tests. Or if it’s a new recruit, we have to find someone to do the fit test or pay someone to do it.

Guarnera said the ability to test internally will reduce both the difficulty of finding someone to do the testing and the budget issue. The chef added that he would share the machine with surrounding communities.

He said the department would also purchase a new pipe, which he said was “desperately” needed.

“We’re also going to get cold water drysuits,” he continued, “because we’re starting a program — we just had two firefighters become ice water rescue instructor-trainers; chilled water technician level and operational level. We are now going through this training process, so these suits will arrive at the perfect time, and if we ever need them, we will have them.

“Royalston received $10,500, which was the maximum allowed for our population,” Royalston Fire Chief Eric Jack said. “We’re using it to buy a new FLIR (forward facing infrared) thermal camera. And we’re also buying 1,000 feet of four inch supply hose for one of our engines.

“And the pipe we’re replacing is over 30 years old and it doesn’t meet NFPA (National Fire Protection Association) standards,” he explained.

The Petersham Fire Department will receive just over $9,100 from the grant scheme.

Fire Chief Dana Robinson explained, “We used a priority list to make the selections, and one thing popped up because one of our new members asked about it. We will therefore use the majority of the money to buy individual masks for the firefighters, to be used with the self-contained breathing apparatus. This way they only breathe their own air into the face mask, and they don’t have to depend on them being thoroughly cleaned between uses, like you would using the masks that come with the packs.

Robinson also said the department will purchase battery-operated stage lights — lights that are used to respond to incidents at night “so you don’t have to stumble in the dark.”

“We have some that run on electricity, and you have to use gasoline generators. Using rechargeable batteries – the technology with the LEDs and everything is so much better than anything we’re carrying now. It will also improve the ease of installation as they are battery operated.

“Our communities and our families depend on firefighters in difficult and dangerous times,” Governor Charlie Baker said at the announcement ceremony in Stow. “This program is an opportunity to show our deep appreciation for their work by ensuring they have the tools they need to stay safe and healthy.”

“While the past two years have been so difficult for all of us, firefighters and first responders across the Commonwealth have courageously continued to serve the public,” added Lieutenant Governor Karyn Polito. “We are grateful for their efforts and proud to be able to provide them with essential equipment and support.”

Greg Vine can be contacted at [email protected]

Historical, hip and vibrant, Turkey is still a land of plenty

‘Promised Land’, ‘Welcome to Wrexham’ and more new shows not to be missed