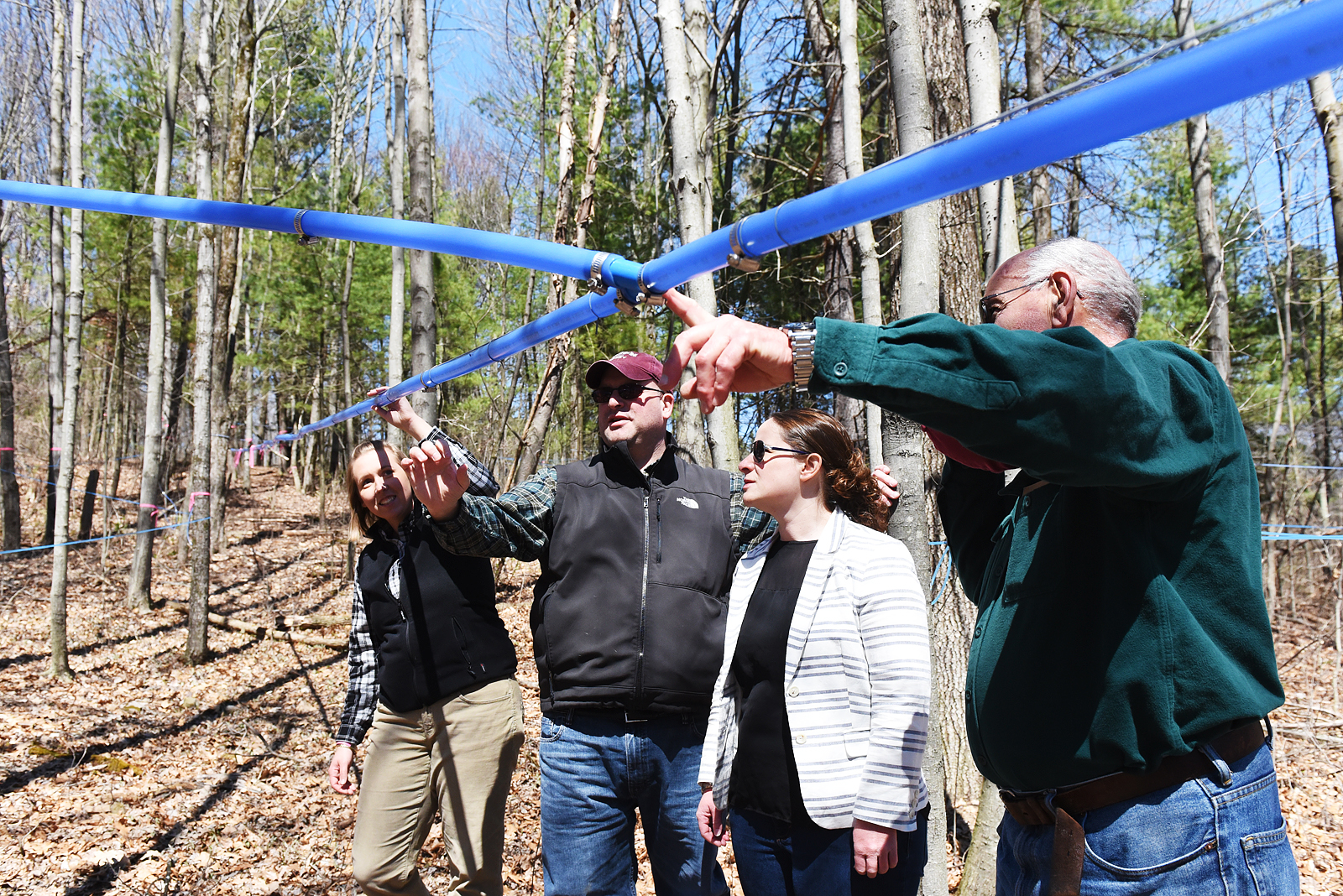 Fifteen percent of the land in Schenectady County is in an agricultural district, and the percentage continues to increase each year.

The Schenectady County Legislature this winter received two applications for three tax parcels to be added to the district, for a total of an additional 264 acres. Last Tuesday, the Legislature unanimously passed a resolution to expand the county’s agricultural district.

Schenectady County Communications Director Joe McQueen said the agricultural district encourages the continued use of agricultural land and production, and offers certain protections to landowners in the district, so that agricultural operations are the primary use of land.

“The agricultural district offers more guarantees than incentives,” McQueen said. “It aims to protect farmers’ rights and preserve farmland. It refers to land as agricultural land… and not as land available for future development for other purposes. ”

An agricultural district offers many benefits, including preserving “groundwater recharge, open spaces, and scenic views,” according to the state Department of Agriculture and Markets website.

Cal Welch, a resident of Nova Scotia, owns 229 acres in Glenville, which was officially incorporated into the district after Tuesday’s Legislative Assembly meeting.

Most of the land is forest with thousands of oaks, maples and hickory trees. Welch said he owned the first 97-acre parcel in the past 35 years and purchased 132 more in 2010.

“The state is changing the 480A forestry tax exemption, where I get a reduction in property taxes,” Welch explained Friday. “The changing classifications could have caused the property to no longer meet the requirements for the exemption…

“Being part of the county’s agricultural district will help protect it,” he added, as the thousands of trees are found on zoned agricultural properties as well as rural residential.

Welch said the trees are primarily used to mine maple syrup each winter and harvest some for lumber every few years.

Welch said a 34-acre portion of the forest was cut down about three years ago and likely won’t be for several years.

“Trees don’t grow overnight,” Welch said with a smile. “It’s a long process. A forester comes to mark the trees… and goes out to solicit offers from the loggers.

“It’s strictly a hobby,” he added. “It’s not something I do for profit.”

Welch’s family continuously supports him and has helped him maintain the space for the past decades.

Welch’s son, Chris, and his wife, Erica, said they both enjoy being involved in the operation of maple syrup every season.

“Now we are harvesting between 500 and 600 trees,” said Erica, surrounded by hundreds of feet of tubes connected to the maple trees and leading to the barn where the syrup is processed.

The couple said the family often gave the fresh syrup as a gift to others, but did not sell it at this time.

“We do it because we love it,” Chris said.

“Spaces like this show the diversity in Schenectady County. You have overseers and downtown Schenectady right there, ”Caroline said, gesturing about five miles southeast of her family’s land. “The significant agricultural presence in the county offers a wide variety of experiences.

“That’s why people live here,” Erica Welch said. “You can have the city, but also the countryside around the corner. It’s the best of both worlds.

Cal Welch said he was happy his request for inclusion in the district was accepted.

“It’s good to know we have the cover,” he said. “It makes us happy to be part of the open space in the county.

“The county has 15 percent of its land in the district, but in reality there is a lot more. ”

“Most people are surprised to learn that Schenectady County has so much farmland,” McQueen said. “The agricultural district helps protect small family farms and preserves open space. It’s part of the county’s smart growth strategy to preserve open space.

Cal Welch said he loves his forest and plans to take care of it.

“It’s fun to come here and wander,” Welch said. “Nothing better than looking at the trees and being outside. It is absolutely magnificent.

More from The Daily Gazette:

Why Saudi Arabia bought 14,000 acres of US farmland

Deadline Approaches for Applications for County Agricultural District No. 5