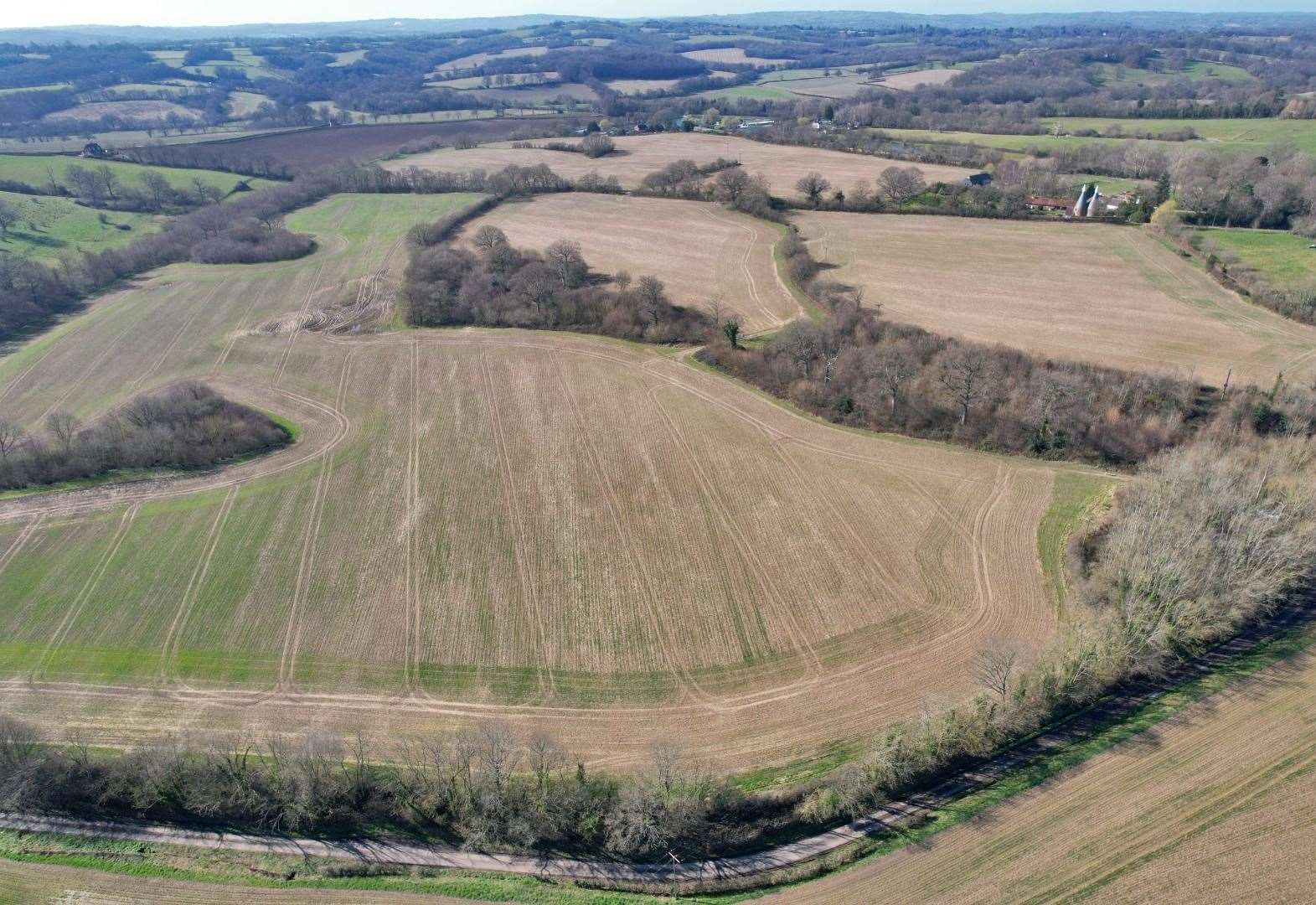 Land near Hawkhurst offered for sale as vineyard

If you’ve ever dreamed of ditching your office job and settling down as a winemaker, now’s your chance.

Land agents at the BTF Partnership are marketing 94 acres of farmland in the Weald which they say is ideal for planting vines.

The ground, known as East Heath, lies south of The Moor in Hawkhurst, with access from Stream Lane.

If someone were to challenge themselves to set up a wine estate there, it would become the third near the village. There is already a vineyard on Heartenoak Road and another on Rye Road on the way to Sandhurst.

Richard Griffiths, parish clerk of Hawkhurst, said: “The village was once a great hop-growing area, perhaps now it will become vineyards.”

The land, which is currently divided into four fields and includes nine acres of woodland, is mainly south and south-east facing and between 15 and 18 meters above sea level.

The soil is a combination of Wealden clay and Tunbridge Wells sand. In recent years it has been cultivated for cereal crops.

Richard Thomas, Director of BTF Partnership, said: “The three eastern fields are considered suitable for the establishment of vines as they are well sheltered and south-east facing.

“They’re not too high, which is important because wind can be a problem for growers.

“There are already several established vineyards around the Kent-Sussex border.

“This is one of the largest plots of land suitable for planting vines for sale in this area in some time, and I believe it will attract considerable interest from a variety of buyers.”

Parish councilor John Hunt said: “I don’t think the village will have a problem with another vineyard.

“It’s agricultural use, not heavy traffic use.”

There are at least 22 working vineyards in Kent, from Sevenoaks to Canterbury and from Tonbridge to Folkestone. Many are centered around Ashford and along the North Downs.

One of the best known is the award-winning Chapel Down Vineyard 12 miles away in Tenterden.

Ben Woodchurch of Chapel Down said: “The Wealden clay wouldn’t be ideal from a drainage point of view, but the sand would be good. It’s its southerly orientation that’s important and the height is correct.”

Mr Woodchurch said: “The best soil is on the chalk of the North Downs, where we have a number of vineyards.

“A lot of landowners, when they come to sell now, because there’s more awareness of the wine industry, suggest that their land might be suitable for a vineyard, when maybe a few years ago, they wouldn’t have thought of that.”

Approval for controversial solar farm on farmland in County Meath