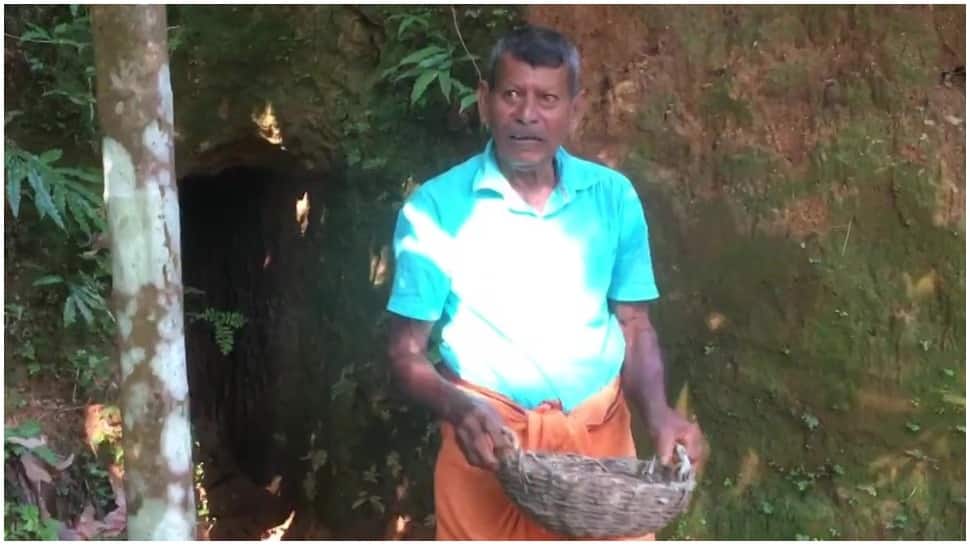 New Delhi: Amai Mahalinga Naik, an innovative farmer from Karnataka’s Adyanadka village in Dakshina Kannada, has been awarded the 2022 Padma Shri award for transforming a barren sloping hill into a fertile farm.

But the celestial orchard has not been easy. Years of hard work made up of many failed attempts made Naik’s dream come true.

“I was working with a landlord when I was 22. One of them gave me barren land on a steep hill. There was no water source. I had no money to spend on irrigation or digging wells. So I started digging a tunnel in hard rocks to reach the groundwater,” Amai Mahalinga Naik told ANI.

Naik single-handedly dug 6 tunnels to bring water to his farm. He also built 300 percolation trenches alone in the hills around him.

Sharing his story with ANI Naik, he said that he failed in the first 5 attempts, people called him crazy and he had no other job after his 4 years were in vain.

But failure could not deter Naik and after digging about 30 feet deep, the sixth tunnel, he found the source of water for his farm. Innovative farmer Amai Mahalinga Naik now uses the same water source for irrigation purposes.