Gorakhpur: In the forest villages of Maharajganj district, mainly inhabited by the Vantangiya community, residents are forced to spend thousands of rupees to install electric fences to protect crops from stray animals.

It helps the villagers sleep at night. In this region where farmland is not clearly delineated to allow for easy fencing, overnight surveillance is the only other option.

land of Vantangiyas who can neither spend money on fencing nor provide physical surveillance are left uneducated.

There are a total of 23 forest villages in Gorakhpur and Maharajganj districts. More than 4,500 Vantangiya families live in the 18 villages of Maharajganj. Agriculture is the main occupation there. Indeed, the community received land on lease under the Scheduled Tribes and Other Traditional Forest Dwellers (Recognition of Forest Rights) Act. This law is better known as the Forest Rights Act.

The history of their name offers a picture of their practices.

“Tangiya” is an agricultural system practiced in the mountains of Myanmar. In this country, cultivation is practiced on barren expanses between wooded areas. About 100 years ago, practitioners of this farming system were brought by the British from then Burma in eastern Uttar Pradesh, to establish sal and teak plantations in the Gorakhpur regions and Maharajganj. They came to be called the “Vantangiyas” – “van” means “forest”.

Since then, the Vantangiya people have inhabited this forested region of eastern Uttar Pradesh and practice this mode of cultivation for a living. After the implementation of the Forest Rights Act, the community obtained legal ownership of the land.

The Vantangiyas own fertile land in these forest villages where they cultivate wheat, paddy and many vegetables. They also raise a large number of cattle.

Out of 18, 12 villages of Maharajganj district are located in the dense forest of Sohagi Barwa Wildlife Sanctuary while six villages – Vilaspur, Daulatpur, Barhawa, Bhari Vaisi, Surpar and Khurrampur – lie on the edge of the forest.

Mangroo, a resident of the forest village of Khurrampur, installed a wired fence around his farm, near his house, and connected it to a “stun machine”. He turns on the machine at night and a low current flows through the wires. If stray animals try to enter the farm, they receive a slight jolt and are frightened. The machine also makes a regular noise. Villagers believe that when an animal receives a slight shock, it is wary of most fences, wired or not. The machine that sends a jolt of electric current along fences surrounding farmland. Photo: Manoj Singh

Mangroo said he and other villagers came up with the arrangement last year as a last-ditch effort to save his crop from wandering livestock. “Whether it is day or night, herds of wandering cattle enter the fields and destroy the entire crop,” Mangroo said.

Two machines – a small one worth Rs 4,500 and a larger one costing Rs 13,000 – and the wire fence together meant that a significant amount of money had to be spent.

But the cost would have increased if he had installed similar machines in fields farther from his home. This means that only one of his fields – where he grows vegetables – is thus protected.

Khurrampur forest rights committee chairman Rajaram said the government had provided electricity and built a road in the village, but stray animals are the problem of the day. 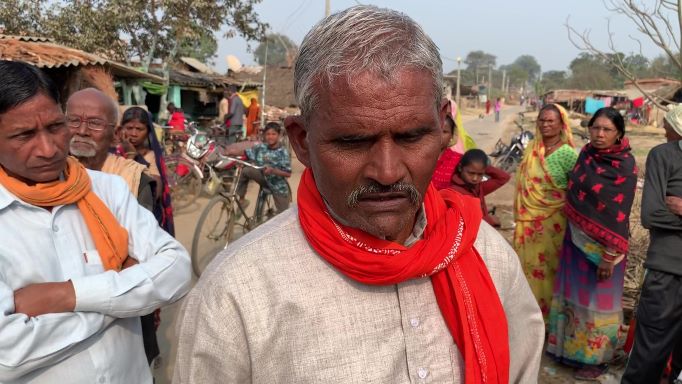 “Wild animals like porcupine, wild boar and nilgai were already a nuisance to our crops,” he said. “Now stray cattle have caused further destruction. Farming has become exceedingly difficult. Although machines offer a solution, they are very expensive.

According to Rajaram, a single machine costs around Rs 15,000. “In the village, 8 to 10 people usually pool money to install such machines. I also installed similar equipment to protect 20 acres of farmland and erected a wired border. Lots of people do it,” he said.

Rajaram added that the key problem is that agricultural land is not consolidated in the village. Although it is a “revenue village” – with clearly demarcated boundaries – the fields are scattered, making it difficult to install enough electric fencing and electric machinery needed to protect them all, a he declared. 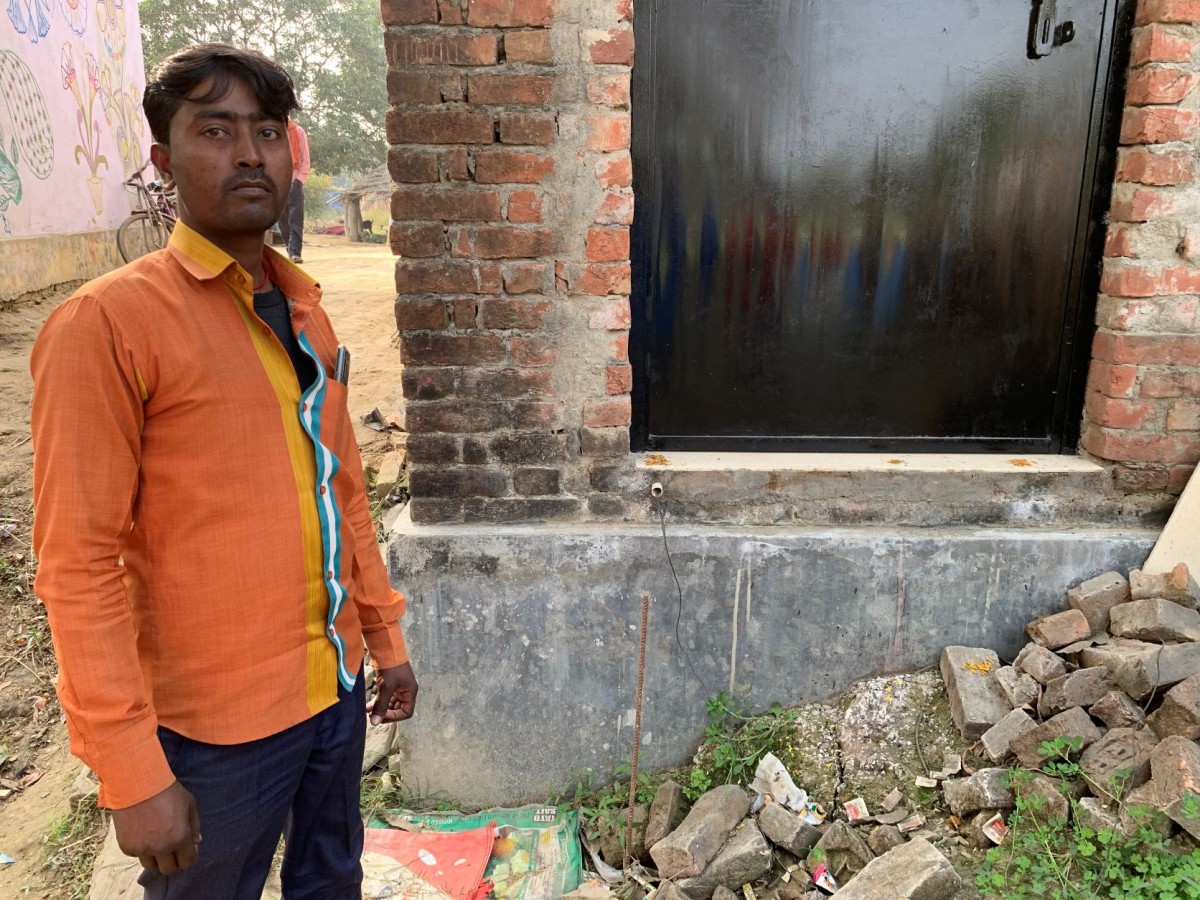 Mangroo, near the room that houses the “stun” machine. Photo: Manoj Singh

A villager from Khurrampur, Jhinki, said stray cattle were the main problem. “The Nilgai and bison also cause a lot of damage. All these animals enter the fields and graze the harvest. The problem has gotten worse over the past four to five years.

The Vantangiyas of Bhari Vaisi village near Campierganj have also fenced off their fields with wire and mesh. A villager, Hariram, said, “Animals are a big nuisance in the village. They gnaw all the harvest. We are sometimes forced to leave our land uncultivated. Some of us try to protect the crop by installing wires and trellises in the field, but not everyone can afford it.

Here too, the village was left out of land consolidation campaigns.

The threat of stray cattle and the havoc it is wreaking on agriculture has increased the rate of migration from forest villages and large numbers of young people are moving to places like Delhi, Mumbai and Gujarat to find work. The severity of the migrant crisis in the region was highlighted when around 1,000 laborers returned to the logging villages of Maharajganj during the lockdown imposed during the pandemic.

“The government does not deal with stray animals and does not worry about the damage they cause to crops,” Rajaram said. “We are dealing with the problem on our own.”