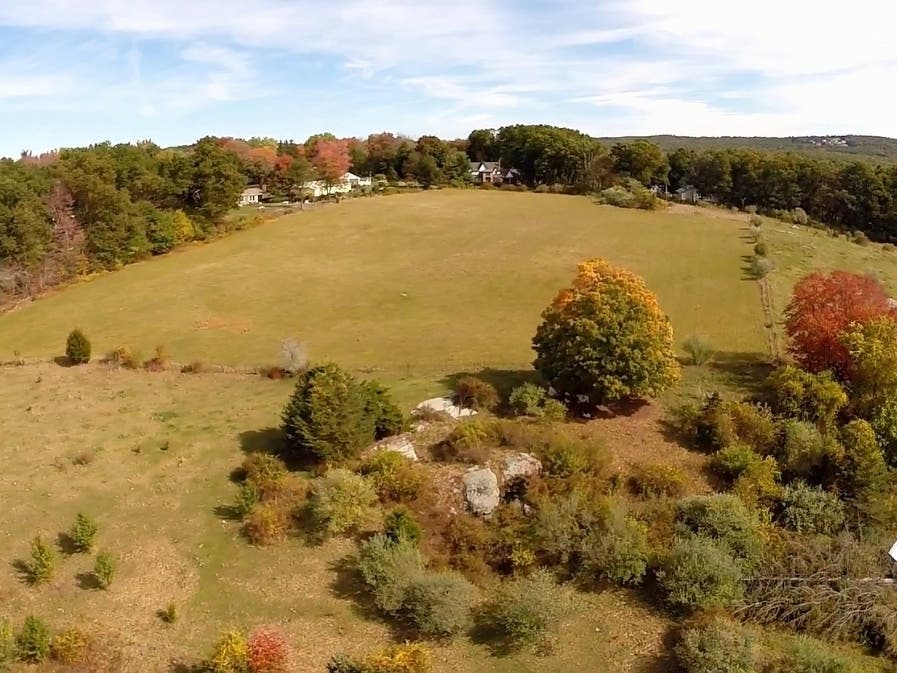 The agreement includes a parcel between Route 30 and Cemetery Road and another on West Street adjoining the campus of Vernon Center Middle School.

The move was the culmination of a unique three-part real estate transaction that took five years to materialize.

According to the Farmland Trust, the Strong family, who have owned the farm since 1878, agreed in 2014 to sell the land for $1 million when “there was no one left to farm it.” Zoned for residential use and located in Vernon Center, less than a half mile from Interstate-84, real estate developers had been interested in the farm for years.

The land will continue to be used as a farm, with two local farmers renting the land – one to grow corn to feed the cows and the other as pasture for beef cattle.

“Protecting Strong Farm is a great example of a community coming together to save a beloved landmark. CFT is proud to have worked with such a diverse group of like-minded individuals and to have been the organization that brought this complex project to fruition,” said Elisabeth Moore, executive director of the Connecticut Farmland Trust.

Strong Family Farm figurehead Nancy Strong expressed her gratitude that the land remained protected as farmland rather than a target for housing development.

“It’s precious not only for the family, but also for the community,” she said. “We live in a wonderful city. We tend to forget it with urban sprawl.”

Ann Letendre, chair of the Vernon Open Space Task Force, coordinated a direct mail campaign to residents to collect community donations, according to the trust. Letendre also led the small group of Vernon-area residents who purchased the land to take it off the market until funds from grants and donations could be raised.

The group of residents, named Meetinghouse Hill LLC in honor of a historical marker, received $650,000 from DEEP and $295,000 from NRCS.

Saving farmland preserves an irreplaceable part of the city’s history, local historian Jon Roe said. With its views of Hartford, the 33-acre pasture known as Meetinghouse Hill, he said, is “Vernon’s birthplace, the site of our first meeting house and our first school.” .

The Bafflin Foundation also provided a matching grant of $30,000. CFT and Northern CT Land Trust each contributed $10,000. The City of Vernon donated $25,000 from its Open Space Fund towards the purchase price and paid for an initial appraisal and survey. In addition to the $1 million purchase price, Meetinghouse Hill LLC raised funds for an updated appraisal, legal fees and postage costs.

Agricultural conservation easements prohibit residential and industrial development, but allow the construction of agricultural structures on designated areas of the land. Since its inception in 2002, CFT has protected 52 family farms, covering 3,835 acres. CFT is a private 501(c)(3) non-profit organization that relies on Connecticut residents to support its operations. CFT is Connecticut’s only statewide land trust and the only land trust in the state dedicated solely to protecting farmland.

Croatia to extend moratorium on sale of farmland to foreigners – EURACTIV.com

Government may ban sale of farmland under 5,445 square feet