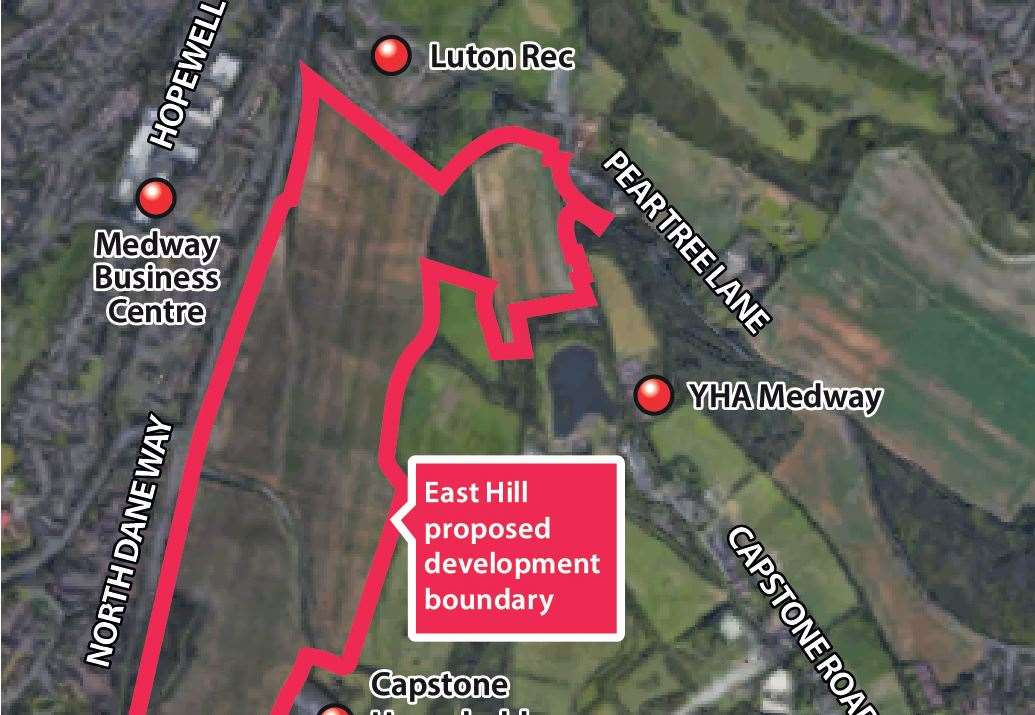 Councilors rejected a new offer to sell a strip of land that is key to the development of hundreds of homes.

The initial proposals to build 450 properties at Gibraltar Farm in Capstone Valley, which obtained appeal leave from the Planning Inspectorate, were based on cars that could access the site via land off North Dane Way, property of the local authority.

Cabinet members decided not to sell the land to the applicant in 2018, which means that although permission was granted through the appeal process, the applicant – the Attwood farming family – had to redesign their plans.

In January, members of the planning committee were asked to reflect on how vehicles would move in and around the site through a series of access points off Ham Lane and Lidsing Road.

These proposals were rejected and were again referred to the Urban Planning Inspectorate, meaning that they will be the subject of a public inquiry in due course.

Meanwhile, the board has been offered another “multi-million pound” deal to sell the land, which cabinet members were asked to consider at their meeting on Tuesday afternoon.

The pitch has been described as a “ransom band” and a heated debate over opposition to the plans and the quality of the offering – which has not been made public – has taken place.

Deputy head of the board, Cllr Howard Doe (Con) described the land as a “turnkey” site, saying, “I think the developer needs to learn that Medway Council doesn’t have to be brought in and sold to start with.

“It’s not just about finding another million and we’ll make a deal with you.

“I think what we need to do is put all of our efforts to limit these developments to the fringes (of the Cities).

Cllr David Brake (Con) said: “I think we are considering selling this piece of land just so that someone else can make a nice profit, that is not what has been agreed in the past, that’s not what our residents are looking for. “

“I think we have to resist this and we have to do what people want us to do.” – Cllr Howard Doe

Council chief Cllr Alan Jarrett spoke of the emerging local plan project in relation to construction bids in the Capstone Valley, which includes another request by the Attwoods for 650 homes off East Hill lands.

He said the document – which is expected to be released in September and will showcase development in cities through 2037 – will demonstrate how these developments are “not necessary” to meet council housing targets.

Read more: All the latest news from Medway

Losing Thousands of Acres of Farmland After WWII Culture