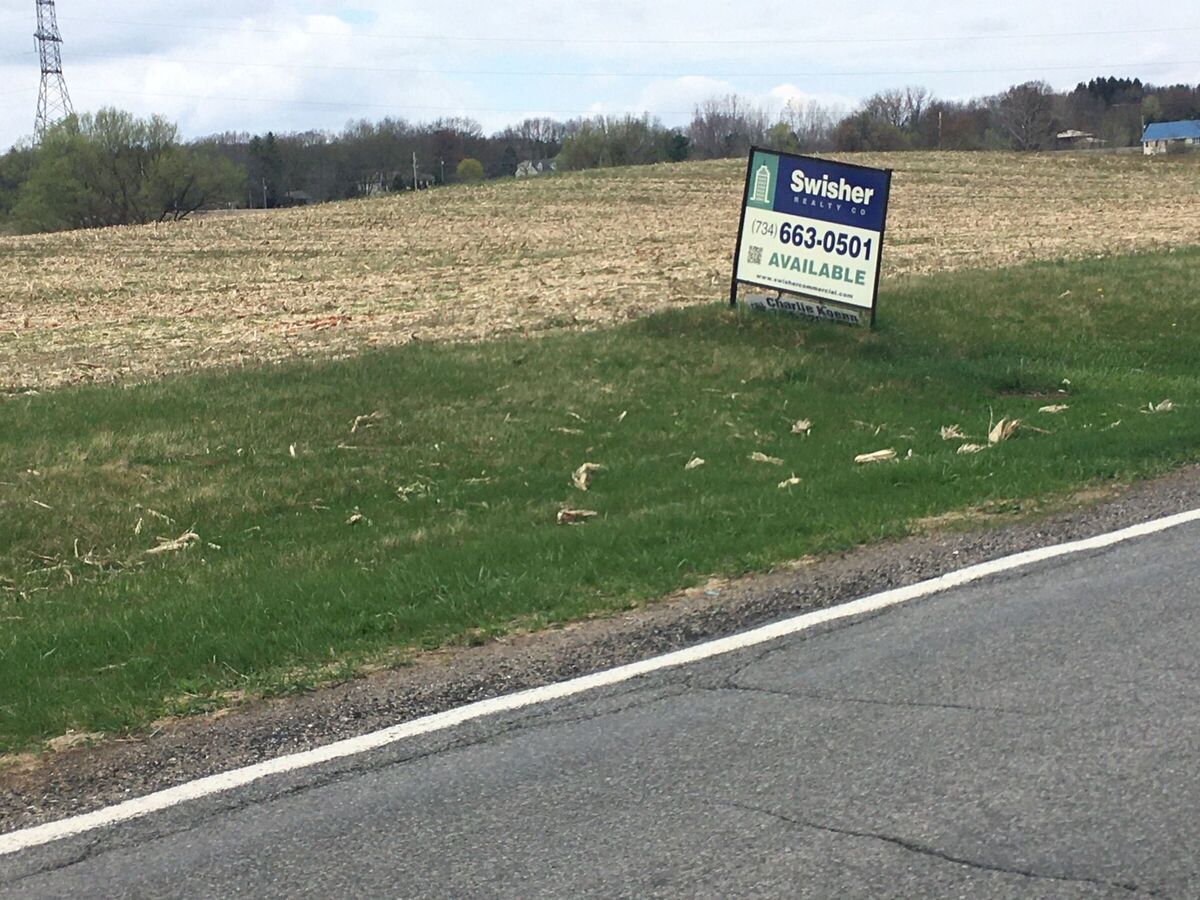 The future development of a parcel of land on Pierce Road has become a matter of debate in Sylvan Township.

It was questioned after a request was made to rezone it.

Should it be allowed to be developed as a tow/pound yard or is there another use that will suit those who oppose this idea?

Over the past month, the Sylvan Township Planning Commission reviewed the application to rezone the parcel of land at 480 Pierce Road from agricultural to industrial zoning. The plot is just over 30 acres.

The claimant is Bill Kerns of Manchester, owner of a towing company who has the opportunity to extend his caseload with local police and act as a tow/pound yard. He therefore wants to settle on Pierce on this land for sale.

The land is owned by Jim Kalmbach and his family.

Charlie Koenn, Associate Broker and Swisher Commercial Partner, has worked with Kalmbach for years now. He first entered the pitch in 2015.

Since then, Koenn said the township’s master plan has been updated to account for future development of the land under mixed-use zoning. He said they believe their application is appropriate for this property as the mixed use considers a few areas: residential, commercial and light industrial.

The land has belonged to the Kalmbach family for generations, starting with the farm and being cultivated for years. Koenn said the family and the land have seen many changes happening around them; from a railroad crossing, to power lines, and then to a highway.

They were approached with ideas to make it residential with something like an apartment complex, but Koenn said Kalmbach would rather not have a big development like that.

Nothing has gained ground.

Now there is this new proposal which, if approved, would see a building and fenced area constructed for the towing business.

However, it was not approved at the last planning commission meeting, but rather a decision on it was tabled or postponed.

The rezoning application request is returned to the drawing board.

Following the March 25 Planning Commission meeting, which held a public hearing on the rezoning application, The Sun Times News reached out to commission chairman Dave Seitz.

The Sun Times News was unable to attend this meeting.

During the hearing, Seitz said that “numerous issues and concerns were identified in terms of the rezoning of the entire parcel.”

He said the claimant had asked to defer any decision on the application, “because the claimant wanted to consider all of his options.”

So, he said, the Planning Commission postponed any decision and took no action.

Prior to the planning commission meeting, some residents signed a petition indicating their opposition to the application. In this they said they moved to this part of Sylvan because of the rural charm and strongly objected to the request as among various reasons they believe that a tow yard, which could turn into a dump, would not is not a good combination with the beautiful mix of surrounding dwellings and agriculture.

One of the petitioners’ main concerns is that if a tow yard is approved, fluids from vehicles will likely end up in nearby Letts Creek and eventually into the residential drinking water table.

They also indicate other negative consequences that could occur, including visual and noise pollution.

Township resident Tom Atkinson wrote a letter, available on the township’s website, to the commissioners detailing his opposition.

“I respect that the owner has the right to develop the land, but must follow the planning set out in Sylvan Township. Master Plan,” Atkinson wrote. “This proposal is not compatible with the planning of future use foreseen in the master plan. This area is clearly designated as “mixed use”. The proposal calls for its zoning to be changed from agricultural to industrial – in the master plan industrial zoning should be down by the Chelsea Proving Grounds, not on Pierce Rd.

In the definition of mixed use, Atkinson wrote: page 48 of the (master) plan states that “although retail, service and office establishments are the primary uses contemplated for this area, developments at Mixed use can also include more intensive commercial ventures as well as office, research and light industrial operations.(He said) This describes light industry included as part of a development, for example a business park, and not an exclusive industrial zone reserved for factories.The mere fact that the word “industrial” appears on the page does not mean that the zone can be exclusively changed to industrial zoning, divided into three and put up for sale of 2 sub-plots as than industrial zoned land. This is not a “mixed use development” which could include light industry i.e. simply rezone the parcel and resell it. born, everything that is allowed for industrial zoning can be put there. This type of industrial zoning is for the proving grounds, not for this mixed-use area.

Koenn said they are currently modifying their application and expect to be back on the planning commission in the near future.

He expressed some frustration about the meeting noting things like concerns expressed about noise being strange coming from people who live near a railroad and highway, and he also asked s there were landowners who feared that the plot in question would become something. other than farmland, why didn’t they buy the land themselves to preserve it.

“I just find it’s very NIMBY-ism when farming families who have been there for generations are trying to do something with their property, so people who have recently moved in within the last 10 years want to control what ‘they can and can’t do with their property,’ Koenn said. “I find that very offensive.”

NIMBY is an acronym for the expression: not in my garden.

In reviewing letters from neighboring landowners to the township about this proposal, many stand out, including one written by Renee Townsend.

She wrote, in part:

“I am writing to you today to make it known that I vehemently object to the requested change from agricultural to industrial for the parcel in question at Pierce and Garvey Roads. As a resident and long time taxpayer of Sylvan Township ( almost 30 years), I consider this change to be detrimental in many ways.

“We moved to this location specifically because it is rural, hilly, nature-filled and beautiful. In the years since we have lived here and invested our hearts, souls and money in our homes and lands, it has become a rural residential sanctuary for us and our many neighbours. There are more houses, yes even some new ones in recent years, with young families moving in. But the rural and natural character of the area has been preserved. I am aware that the township master plan indicates a future mixed use designation for this land. At this point I would say even that is inappropriate as the area has become even more residential since the master plan was written. switch to industrial is unacceptable.