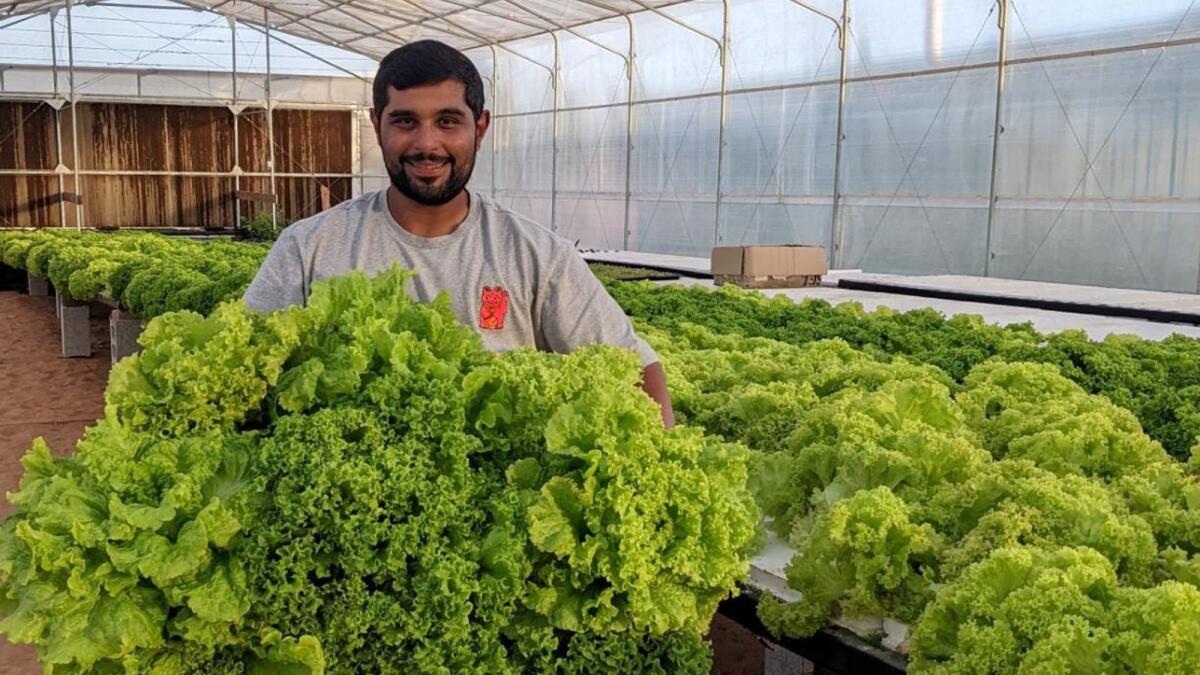 Ahmed Salim Al Shamsi’s farm is a boost to food security amid the Covid-19 pandemic.

“Two European vacations, that’s what it cost me to set it up,” said Ahmed Salim Al Shamsi.

“But look at the rewards,” he beamed, as he let his gaze sweep across the sprawling farmhouse. 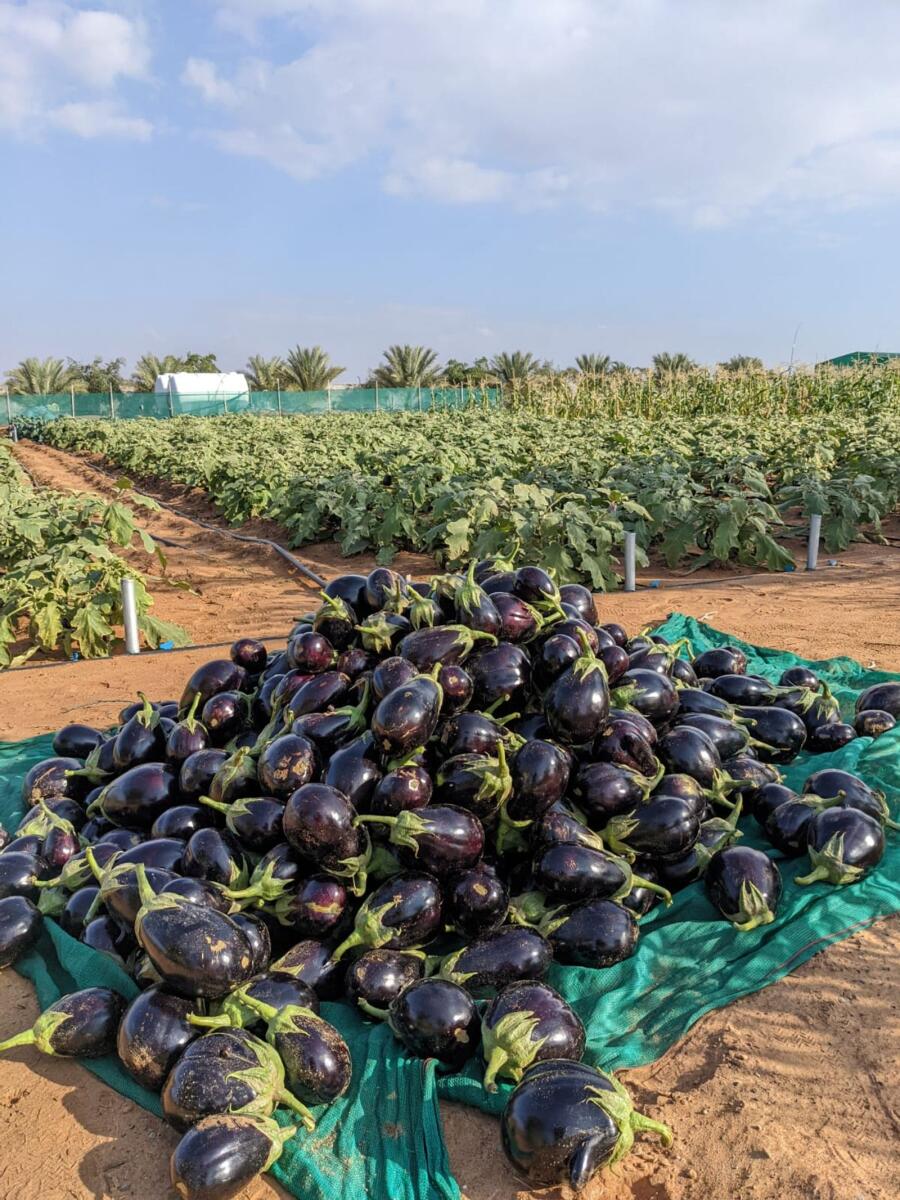 The young Emirati gentleman has every reason to be proud. In less than two years, he has transformed the family’s modest U-pick farm in Sharjah into a fantastic gourmet oasis.

Al Shamsi, who lives and works in Abu Dhabi, visited the farm at the start of the Covid-19 pandemic in March 2020 to relax for a few days.

Instead, he ended up working there, often for three months at a stretch after taking a break from his government job.

The efforts were not in vain.

Today, rows of plants stand on the previously barren expanse in the middle of a desert between Sharjah and Al Ain.

There are cauliflowers on one patch, eggplants on another. A third patch is flooded with corn. 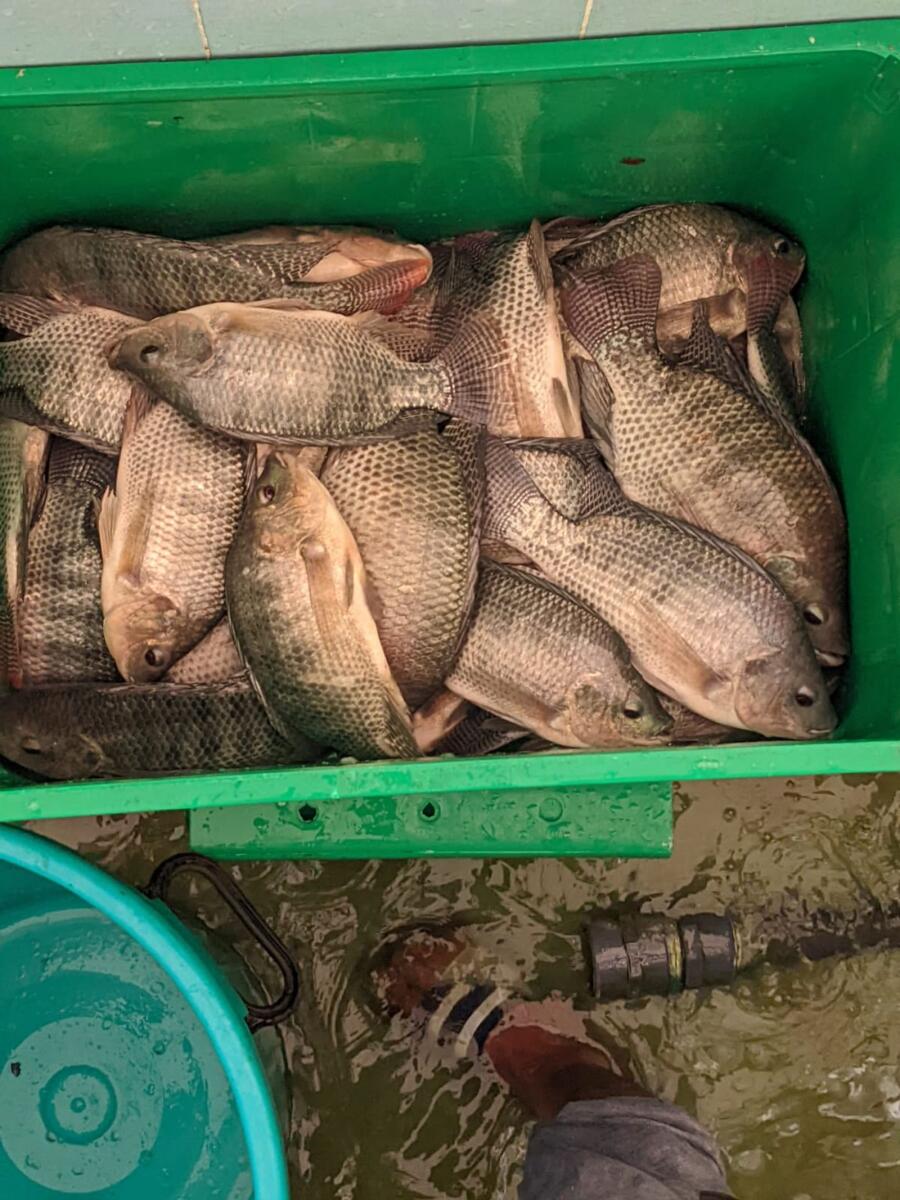 Up above is a large aquaponics system – an innovative food production method, where fish and vegetables are grown together using recirculated water.

“Innovation makes strange bedfellows,” said the father of four. The farm has huge tanks filled with thousands of Tilapia fish, sorted by size.

Nutrients from fish waste are used by greenhouse vegetables such as a wide variety of lettuce, kale and tomatoes, while cleaning the water so it can be recycled back into the tanks. 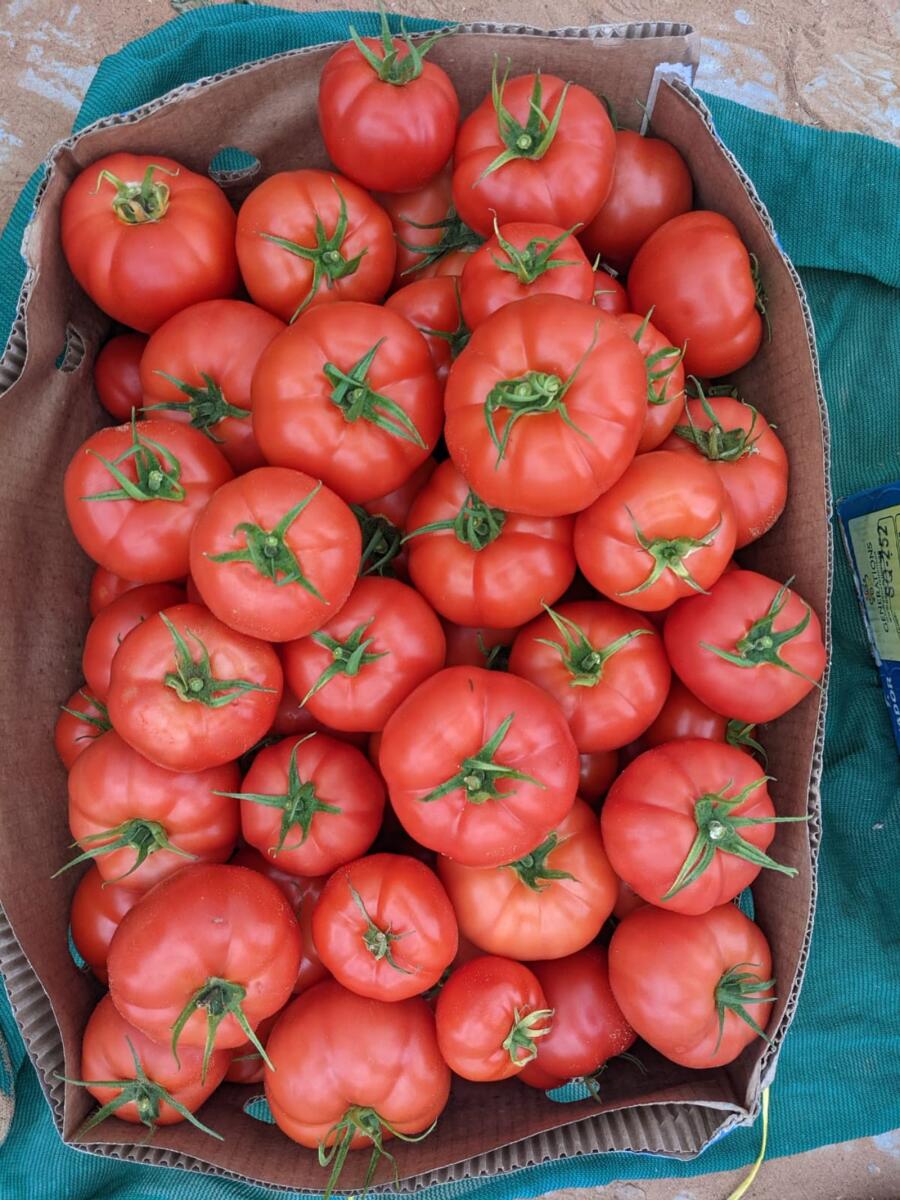 Al Shamsi’s Tilapia fish and organic vegetables are in high demand. Several major supermarket chains have signed with him, and discussions with many more are underway.

“Our tomatoes are of the best quality,” he said as he picked a ripe one straight from the vine.

“We also have all kinds of lettuce here like oak leaf, lollo rosso, butterhead, salonova. And our Tilapia fish has real flavor because its water is chemical free,” he added.

“I had to take into account factors such as the high winds and the desert heat of the blast furnaces. The same aquaponics system would probably have cost me four times as much if I had imported the equipment from overseas, and as far as you know, it wouldn’t have worked as well,” he said.

Al Shamsi said his self-sustaining farm is designed to use less energy and labor, while producing healthier and more abundant crops than traditional methods of farming fish or growing vegetables. 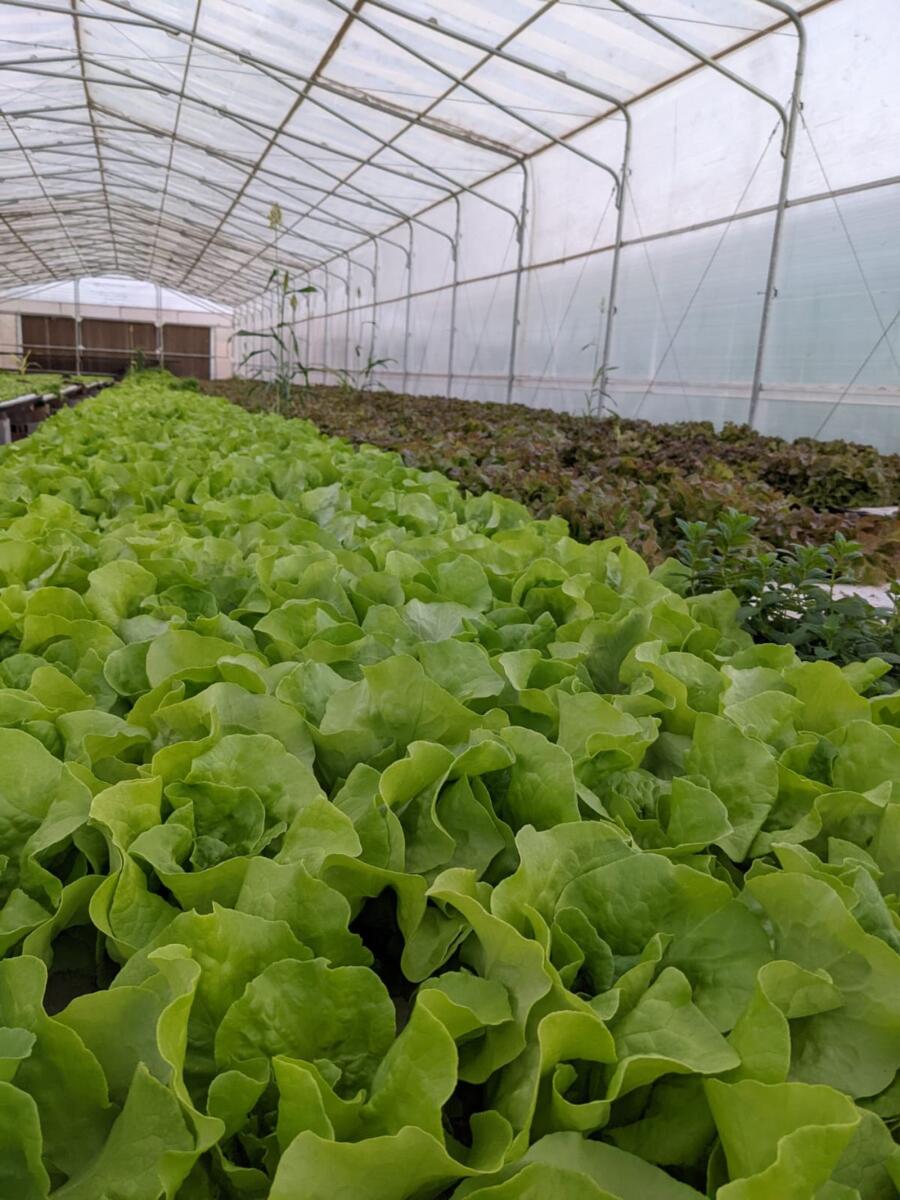 “Nothing goes to waste here. The fish waste provides essential nutrients to the lettuce and tomato plants which in turn filter the water for the fish. When the aquarium is cleaned, the fish feed sludge are used to irrigate crops in the open fields,” he added.

Al Shamsi said it took a lot of trial and error before he could find the happy balance.

“Of course I made a lot of mistakes but I also learned some. The challenges only strengthened my resolve so much that I stayed on the farm non-stop for three months until that I managed to do everything right. My family used to visit me at the farm in Abu Dhabi during the weekends on those days,” he said. 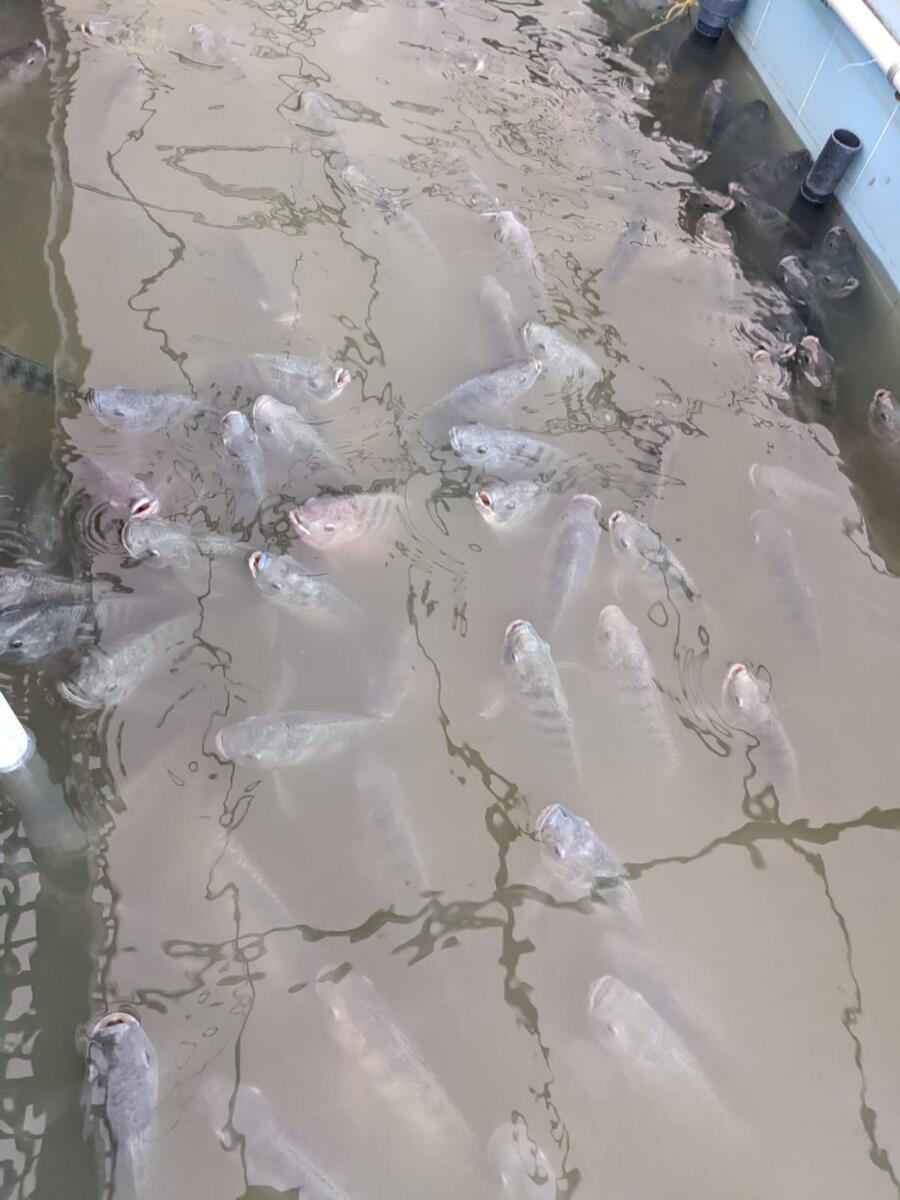 Diversification on the cards

Lately, Al Shamsi has also made a foray into beekeeping or apiculture. Plans are also underway to harvest mushrooms.

Although a member of the Federal National Council recently expressed concern over the Emirati’s abandonment of the production of seasonal crops essential for food security, Al Shamsi is an exception.

It bucked the noticeable trend with minimal costs.

“I want to make the best use of the land donated by the government,” Al Shamsi said as he got into his utility vehicle.

“And what better than supplying the local market with clean proteins and vegetables,” he signed.